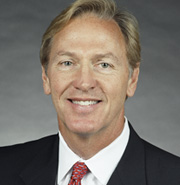 Joe has been involved in the formation, financing and growth of three companies from startup to valuations in excess of $1 billion. He is the founder of inBuilding, where he devised the combination of public and private clouds in office environments in an innovative structure which benefits both property owners and office tenants.

Prior to inBuilding, he was the Executive Vice President, Corporate Development and General Counsel, of Brahma Holdings, LLC and its subsidiaries from 2005 to 2012. Brahma developed a series of portfolio companies to execute on a vision for transforming injury-related claims management, including, an electronic presentment and payment platform serving over 600 law firms with 10,000 users) and an innovative software as a service company which structured medical information and salient claim considerations to empower claim adjusters to more efficiently process injury claims.

Prior to Brahma, Joe was the founder of Inabled Online Corp., which provided touch screen, interactive plasma screens and an innovative website application to capture the community of office tenants and provide a communication tool between property managers and tenants. Inabled was spun off from inBuilding Systems Corp., which Joe co-founded along with Lee Hancock in 1999.

inBuilding Systems was a leader in providing high-speed Internet access to commercial office buildings and quickly grew to provide access to several thousand office buildings across the US. Joe has been involved in angel, venture, and investment banking financings, mergers and acquisitions, real estate and, international operations. He has served on the Board of Directors of numerous companies, including several Far East subsidiaries for Texas Instruments Incorporated, where he also served as general counsel. Joe is a graduate of Southern Methodist University with a BBA, with honors in finance and accounting, and received his J.D. from the Southern Methodist University, School of Law. 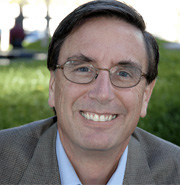 Lee is a successful serial entrepreneur in digital technology with particular emphasis on local information delivered over mobile devices. He is currently the founder and CEO of Hancock Technology Partners. He is also the founder of go2, which launched the world’s first mobile, local directory, movie guide and information service in 1998. From 1998 to 2002 Lee grew go2 from a startup to over 100 employees and over a $7 million run rate. With the dot-com crash in 2001-02, he orchestrated a management buy-out of go2 in 2002 and successfully navigated go2 across the mobile internet adoption chasm. go2 delivered well over one billion page views of mobile, local search and content to tens of millions of unique users during hundreds of millions of unique user sessions. Under Lee’s leadership go2 became a top 20 mobile internet brand and mobile media company in the U.S. and one of the top local search and information services in the U.S. In 2007 he successfully sold/merged go2 with Boston-based 80108 Media to form go2 Media. Lee remains on the board of directors and HTP is a major shareholder of go2 Media.

Prior to founding go2, Lee was a co-founder of inBuilding Systems Corp., a provider of a unique ‘lobby portal’ and high speed internet access for tenants of multi-tenant office buildings, which was successfully sold in 2000.

I like that inBuilding is a Preferred Provider of Internet, Phone and Technology Solutions for tenants in my office building. That eliminated uncertainty for me and helped me get in faster.

inBuilding will provide you with an initial consultation on internet, phone, and network for free (a $300 value).

inBuilding will provide you with an initial consultation on internet, phone, and network for free (a $300 value).

We can install a new phone service for you

With a powerful new Internet connection from Google Fiber, now is the time to upgrade your phone service. Take advantage of all the new features and savings, including unlimited local and long distance calling, and free conference calls at no additional cost. Contact us for more information.

Following are some examples of what we have done for companies like yours!

We take a total view of technology

We can be your technology expert, or work with your in-house IT person to bring a total solution for your offices. That includes Internet, phones, network, and even technical support. Contact us and we can discuss solutions for your needs.

We install, configure and test switches, routers, firewalls and other network systems to provide you with an efficient means to communicate with each other and the outside world. Contact us for more info.

We are a Tech Partner for Google Fiber

That means we have the training to assist your getting onto Google Fiber quickly so you can enjoy the speed and savings faster. We can also help on your other technology needs, including Phones, Network and Productivity Software.

We are a Tech Partner for Google Fiber

That means we have the training to assist your getting onto Google Fiber quickly so you can enjoy the speed and savings faster. We can also help on your other technology needs, including Phones, Network and Productivity Software.

inBuilding has relationships with over 170 companies to bring you the best in class for a wide range of solutions, including Internet, Phone, Network Infrastructure and Cloud Solutions. Why search through the multiple vendors with little to no leverage to get the best deal. inBuilding will take care of your technology needs, quickly and with savings.

Pricing for Internet is not fixed, unlike what you may experience at home. It’s based on your negotiating power, relationships and insights. We have relationships with the major Internet service providers and are able to get 20% to 80% discounts. Give us a call and let us get you the speed you need, at the price you want, and handle the logistics to get it provisioned to your new suite on time.

We can implement Voice over IP (VOIP) phone service with your old phone number. VOIP provides great flexibility at a broad range of benefits and savings. If you want, we can analyze what you’ve been paying and see if we can save you money and add new features for you.

Designing, implementing, configuring, testing and integrating a network systems of switches, firewall, UPS, wireless access points, distribution units, and routers is a complicated process. We’ve done it numerous times and get you operational quickly. We can also implement a Network in a Box of preconfigured systems scaled to your size. Just give us a call or email us.

We are partners with many enterprise class software companies including Microsoft and Google. So we can help you migrate to the latest software applications to increase your efficiency, enable communication and collaboration, store documents and bring data security. We can also help you navigate between the available solutions, get your email, storage and applications in place, and handle numerous other issues.

We have helped numerous companies, such as:

Internet:
Saved a company $12,000 per month on their Internet service for one office
Got Internet established in just 24 hours
Tripled the speed and reduced the rate for a company, and kept them with the same carrier

Phone:
Saved over 40% of what a company had been paying and increased features
Implemented conference calling features to handle over 100 people simultaneously
Enable caller to easily move call from desktop to cell phone